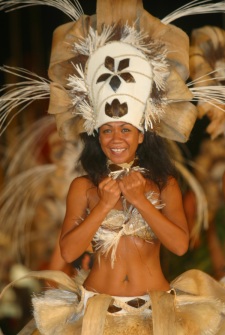 The Polynesian dances – a living art

There is not “one” but several Polynesian dances. Indeed, they often diverge from one archipelago to another. Each one of them has its own specificities.

The dance accompanies all the festivities giving rhythm to the Polynesian life. It may be for a birthday, a wedding or any other event. Dancing represents the Polynesian conviviality and the “vahine’s” (women) grace is revealed with the rhythm of the “to’ere”, “pahu” – percussion instruments, and the“ukulele” – famous small four-cord guitars manufactured differently depending on whether the Hawaiian or Tahitian technique. 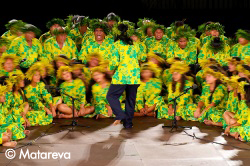 The songs are closely related to the dances and are also very important in the Polynesian life. Instruments such as the “ukulele” and the guitar give the tempo to the songs of which magic comes primarily from the sublime voices of the singers, as well as from the lyrics of love – often present in the Polynesian songs.

These latters also evoke the beauty of Tahiti and Her Islands, the adventures of their inhabitants, or their daily life. They can also sing the praises of a flower, a fruit or a tree and thus extol their virtues. 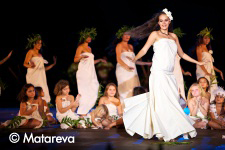 As for the traditional songs, they recount old legends and praise the ancestral divinities.

Polynesian songs are divided into several categories according to their object and their role.

Thus for example, a “ute arearea” will feature a person singing a funny story with a moral ending; whereas a “himene” will be more religious.