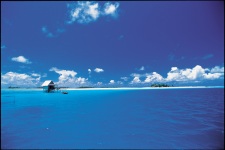 The lagoon of Tikehau

2 seasons regulate the Polynesian’s life: a wet or rainy season lasting from November to March and a dry season from April to October.

In any case, from January to December the temperatures in French Polynesia vary from 24°C to 32°C. The lagoon water temperature varies between 23°C and 26°C.

During the dry season, a reasonable coolness will be felt as the temperatures range between 24°C and 28°C. It is advised to be warmly clothed in the evening and in the morning during August and July as they are the coolest months. 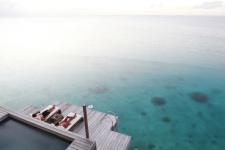 As for the wet season, it is a muggy period and humidity is at its highest in French Polynesia. Rains are more frequent and abundant from April to October.

However, each archipelago has its own specificities. Thus, the Tuamotu atolls have fewer rains during the wet season due to the lack of mountains. The Austral archipelago is the coolest one with temperatures reaching 10°C between April and October. The Marquesas Islands in the north of Tahiti are dry from August to December.

On the mountainous islands, the higher you go the chillier it feels.