The stars have always played an important part in the Polynesians’ life. They showed them the direction to take on the ocean, but they were also the sky messengers in regards to harvests.

In the Polynesian tradition, the appearance of a particular constellation was awaited because it announced a cycle of abundance, the Austral Summer.

It was the constellation of the Pleiades called Matarii, Matari’i in Tahitian, and Mataiki in Marquesan.

The appearance of these Pleiades did indeed mark the beginning of a cycle of abundance, in opposite to the season of food shortage called “Tau O’e ”,which began when the Pleiades disappeared.

In the past, the transition from a season to another was an important period during which rites and rituals were carried out.

Today Polynesians still celebrate the Pleiades. This celebration represents an opportunity to revive traditions from the past as our ancestors celebrated Matari’i.

The first ceremony which opens the festivities takes place every year at the mouth of the large Papeno’ o river. 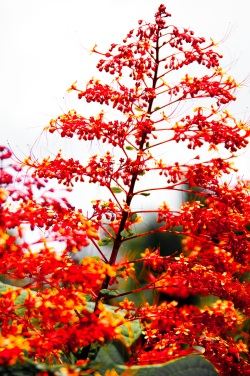 The Polynesian fauna – a treasure to protect