Gay Marriage in Tahiti & Her Islands

From France to French Polynesia

It has been a long way before France could celebrate same-sex marriages within its country. Since the law signed on May 17th, 2013 and legally published on May 18th, 2013, France has become the ninth country in Europe and the fourteenth one in the world to legalize same-sex marriages. The country of “Liberty, Equality, Fraternity” has finally made its path to establish legal marriage equality for the country’s same-sex couples. 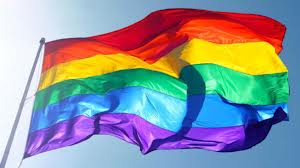 French Polynesia as an autonomous French territory has also followed the trend by adopting the Decree n° 2013-429 of May 24th, 2013 applying the national Law n° 2013-404 of May 17th, 2013 and thus allowing same-sex marriages within its islands.

Tahiti Nui Travel is now more than glad to welcome foreign gay people and to assist them in planning their legal wedding among their stay in our marvelous islands!

We are legally authorized to celebrate civil same-sex marriages for people only coming from the list of countries as per below where homosexual marriages are legal. Thank you for your understanding.