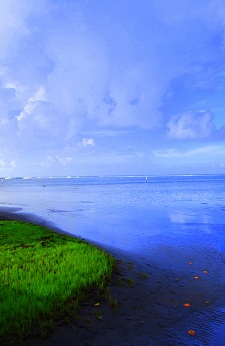 A marriage of sky, sea and earth

Between rest and fashion

When you move away from the capital to Tahiti’s Peninsula or to other islands, the expression “corner of paradise” takes on its full meaning.

The people living there are more traditional, in particular in further islands, such as the Marquesas or the Austral Islands. Life is more simple and more peaceful, ruled by the rhythm of the sun…

The “urban residents” like to take time out there for a family weekend; either in a holiday house, or by walking on the same paths as the foreign tourists, i.e. by going to an international standard hotel or a family hotel…

Once their batteries recharged, their vital energy allow them to face another “hard” week at work.
The “islanders” as the Tahitians call them, have a much more relaxed temperament in general. Much closer to nature, they still reflect all the authenticity of French Polynesia and its strong culture.

There is still a lot of differences according to whether you live downtown or elsewhere. The Polynesian youth – from Tahiti or other islands – are American (the United States, South America) fashion victims.

Most of them like surf clothing since surfing is a great activity in our islands. However, there is a large variety of fashion trends, according to different tastes, social categories and of course, budgets.

Nonetheless, it is still nice to see our beautiful “vahine” (women) wearing elegantly local colourful-flower-printed dresses, their hair down or in a chignon, and an exotic flower at their ear. As for men, they are usually dressed in pants or short trousers and a light shirt or tee-shirt.