The arrival of the Missionaries

Religious buildings in the further islands

Everyone agrees that Tahiti and Her Islands are very attached to the Christian religion because of its history and of the social and societal changes that came with the arrival of English Protestant Missionaries from the London Missionary Society.

Several legends and tales even mention previsions made by Polynesian priests and priestesses belonging to the ancestral polytheist religion of our islands, and who evoked in public the arrival of the “true” god and a new religion which would destroy theirs.

Their description of the Missionaries’ ships was so impressive and detailed that many Polynesians accepted and welcomed these evangelists straight away. In spite of this, there was still some rebellion.

The first Missionaries accosted at the Venus Pointe in the district of Mahina in Tahiti, on March 5th 1797 on board the Duff.

A monument has been installed there in order to commemorate this important date for most Polynesians.

The Sunday Mass in Tahiti 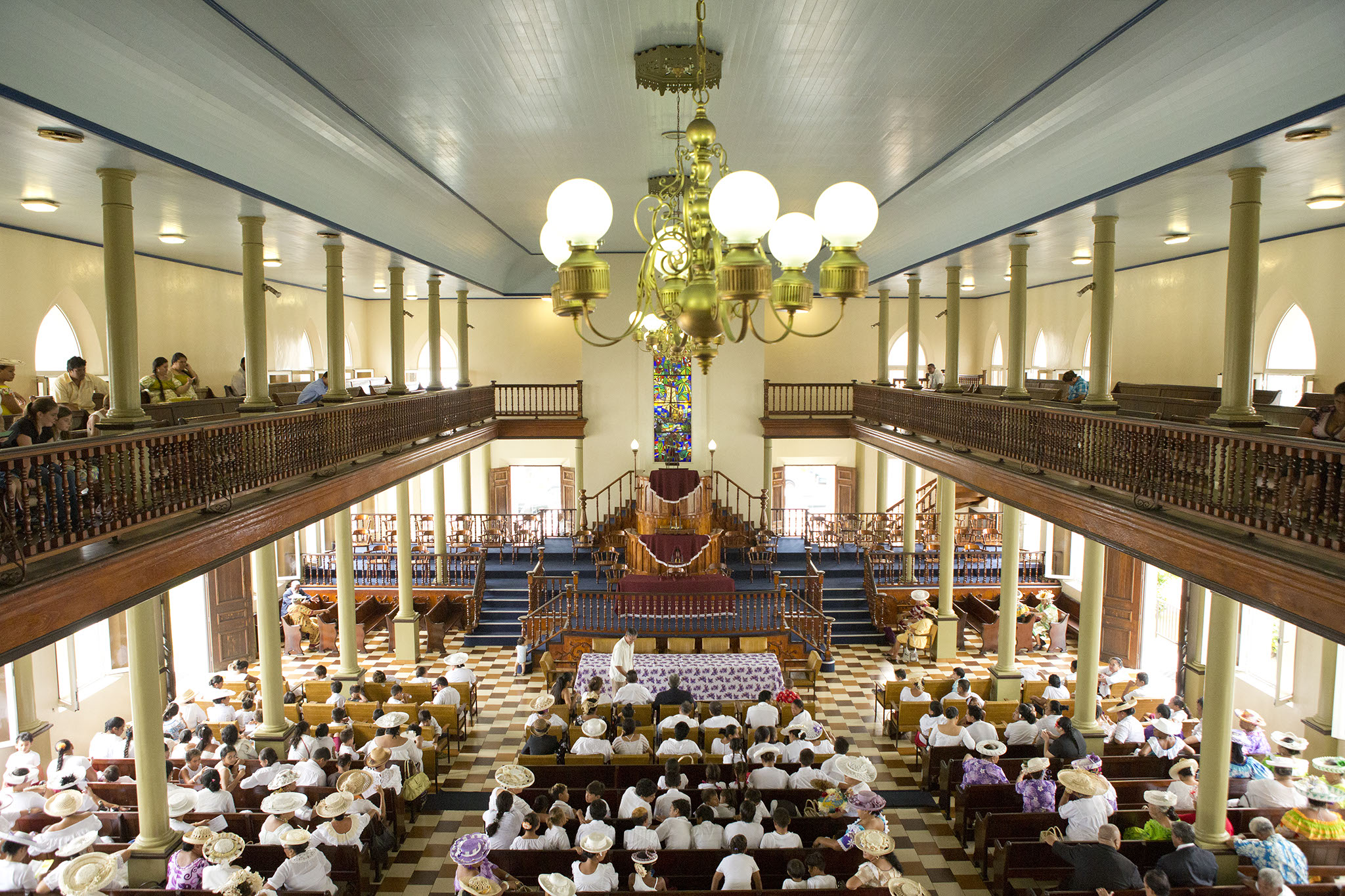 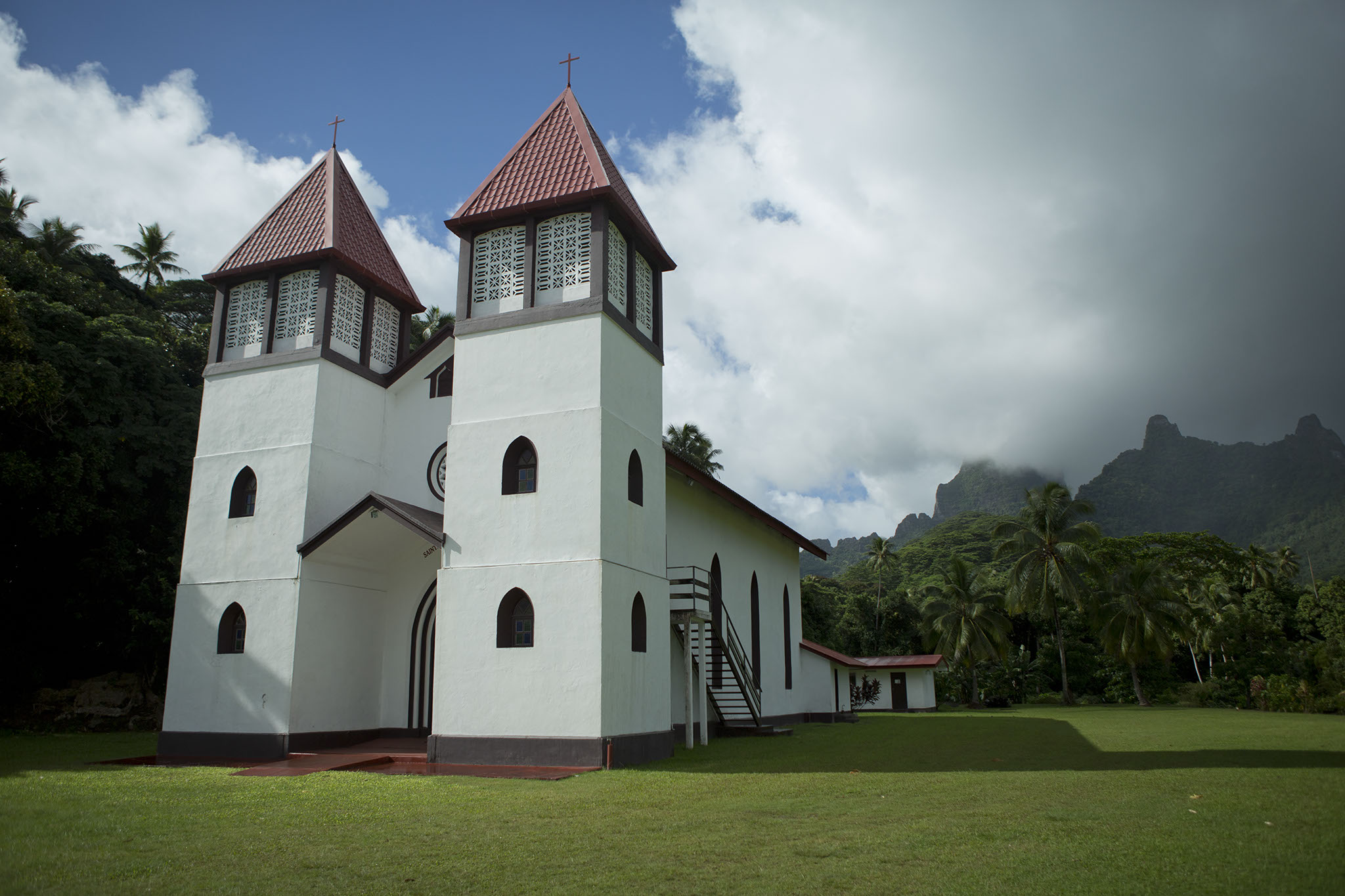 Each year since then, the Protestants of The Islands Of Tahiti gather for colourful festivities of songs and prayers. It is one of the most important events in our islands, and March 5th is a public holiday. The temples are filled with people and the religious choirs majestically ring out. Men, women, children… everyone comes together in several places to share this moment which is full of emotions.